Rense & Dr Judy Wood – Where Did The Towers Go?

Why do all the steel outer sections falling beside the towers pump out thick clouds of dust behind them as they fall through the air?

Why do these core columns appear to ‘faint’, turning to dust as they do so? 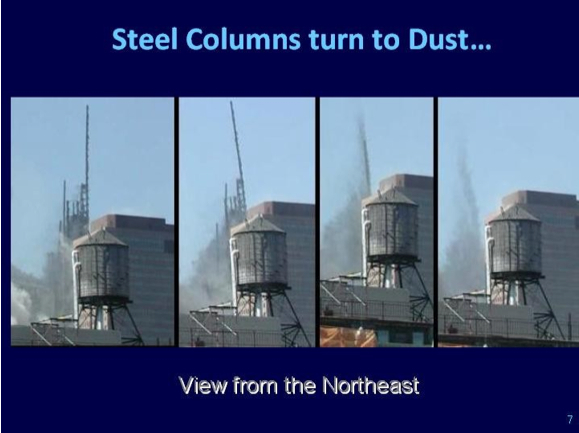 These core columns were the last part of WTC1 to remain standing so if they collapsed (for whatever reason) they should be lying on top of the debris.

We know each of the Twin Towers’ cores contained 47 box columns. Each columns was made out of steel several inches thick.

Here is a picture of the remains of WTC1 (taken on the afternoon of 9/11). The tall column near the middle of the picture (leaning slightly over to the left) is a single core box column situated where ‘the spire’ stood.

Can you see the rest of the 11 miles of core columns piled up anywhere? 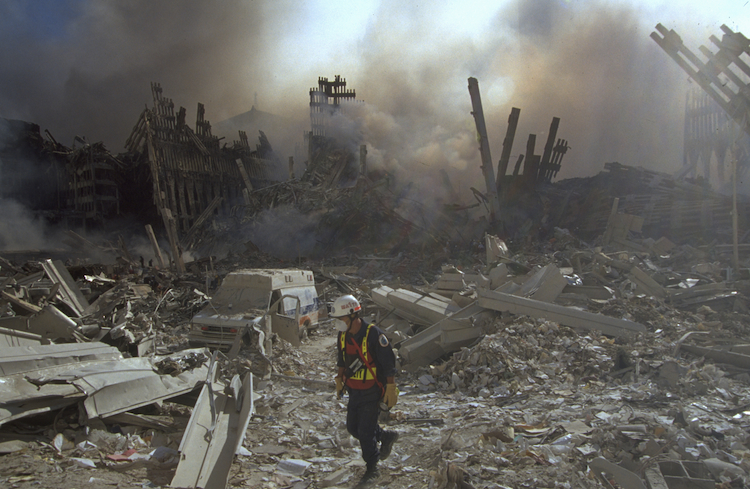 And where is the rest of the building? ….. where are the hundreds of outer steel columns?

Each of the towers’ outer walls was made up of 60 steel box columns.

So there should be 60 miles of outer steel box columns piled up, in addition to the 11 miles of core columns. Where are they?

The picture below shows the outer and inner core columns during construction of the Twin Towers. This structure eventually rose up to a height of 1300 ft (110 floors). Compare this structure to the remains pictured above. The parked ambulance shows us where street level is. 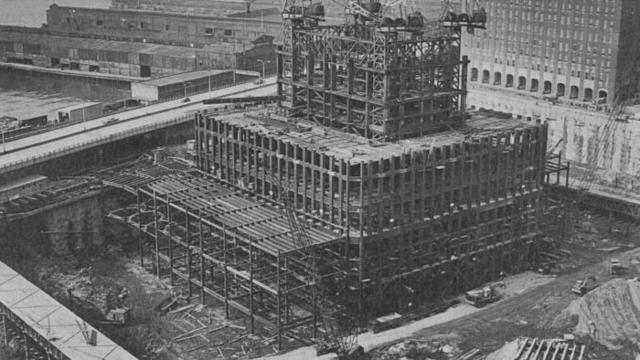 In addition to all the 70+ miles of steel box columns we should also see the piled up remains of 110 concrete floors (each an acre in size), all the steel floor trusses and plates, the lift shafts, the carpets, the furniture, the toilets, the wiring, the computers, phones, staplers, water tanks, air conditioning equipment, vending machines etc…… where are they?

Why is this ambulance parked at street level right outside the remains of WTC1 not buried under 500,000 tons of debris? Why is its roof not even dented?! 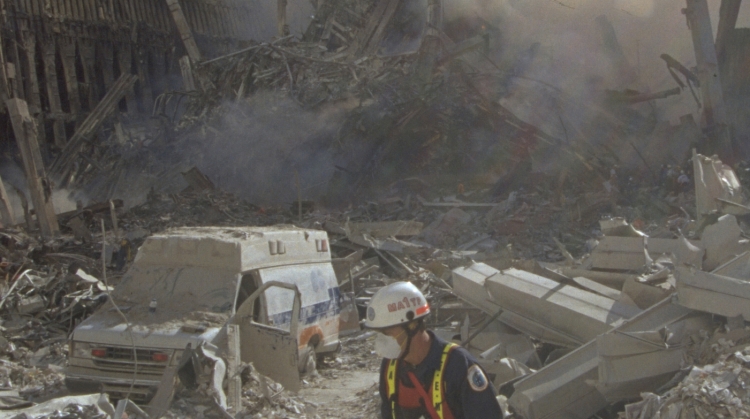 Compare this ambulance with the cars parked in front of WTC1 during its construction. Shouldn’t there be a bit more debris piled up behind and on top of  that ambulance?!!!

All we can see at the base of WTC1 are a few pieces of grey outer aluminium cladding, a few steel beams, lots of thick dust and unburned paper – but each tower contained 500,000 tons of material.

Why is 80 – 90% of the mass of those buildings absent from the debris field?

The main video at the top of this page clearly shows the towers turning to dust in mid air – might that be a clue….?

Abandon TV showcases the best videos on the web. Only the highest quality video journalism, documentaries, interviews, vlogs and other random stuff are allowed here. Unlike the television we won't rot your brain and fill your head with lies and garbage.
View all posts by Abandon TV »
« IRAN LIE same as IRAQ LIE
The Future of Technology »